Farming is considered to be a backbone of evolving civilization. Farm products provide us with food for our nourishment and growth. Modern-day research and scientific advancement have opened new opportunities for using farm products. Today we can find farm grown produce in different sectors like cosmosuticals, pharm and bio fuel.

Agriculture and ecological balance are interdependent for thousands of years. Generations after generations, farmlands have been passed down and have maintained their ecosystem. Still many farms have been prone to numerous vulnerable situations like Pest outbreak, Disease, Floods and droughts.

Scientific advancement has helped in minimizing such risks, yet we observe new challenges with changing times. Synthetic chemical based fertilizers and pesticides are being dispersed into large farmland area which leads to runoff of such chemicals in greenhouse gas emissions creating harmful particulates.

Such synthetic imputes in modern day agriculture leads to creation of harmful byproducts which are hazardous to both humans and nature. Fortunately farm practices that prioritize sustainability can limit and even reverse the damage caused due to environmental pollution.

How farming aggregates to pollution? 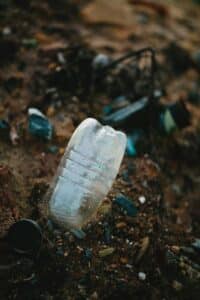 Who knew farming can also add up to pollution. But to your surprise, agriculture activities can also result in producing contaminants in the environment. Pollutants are basically substances that cause harm or discomfort to humans or other living organisms and that generally damage the environment.

Even though pollutants can originate naturally, they are considered contaminants when they surpass the natural levels. We can further classify them as:

Pollution originated from pollution can be relatively harmless, like the bustling sound from a tractor can be considered as sound pollution. Tractor noise may not be hazardous but various other agriculture based pollutions can be life threatening.

Five pointers that are leading cause of agriculture pollution

Rise in demand and increasing population has presented an alarming situation for food security. And modern farming techniques and scientific advancements have surely helped in increasing cultivated yield per acre. Synthetic pesticides help safeguard crops by eliminating any fungal or viral attack, but it presents numerous other challenges that add up to rise in health disease like cancer. 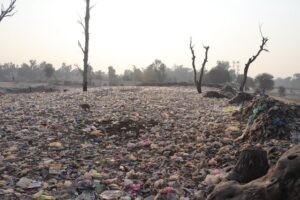 Using chemical based fertilizers help farmers grow more food per acre, but it lays down immense toll on nature and sacrifices human health. Chemical based fertilizers pours in abundance of resources required by a plant to grow, but it also increases water consumption by the plant. Additionally lest over chemicals in the soil eventually seeps down and pollutes the ground water making it poisonous. Such chemicals also degrade the soil fertility in long term making farmlands prone to soil erosion.

We all blame rapid industrialization and inadequate waste treatment for rising water pollution, but miss out on other major reasons behind increasing water contamination. Interestingly majority of Indian farmers use tube well, reservoirs or canals for irrigating their fields. But they miss out on the fact that the chemicals they use for farming eventually seeps down in ground water, so basically they themselves are responsible for polluting fresh water bodies and increasing agriculture pollution. Switching to organic farming can lead to purification of polluted water bodies from contaminates like mercury, nitrate and other heavy metals.

Soil is a combination of many different layers, but its top most layers are best suited for agriculture purpose. Due t inadequate soil management practices, and untimely tillage the top most soil becomes prone to erosion. Farmland soil generally gets eroded due to wind, rain and depleting soil fertility. It is estimated that every year millions of ton of fertile soil gets eroded due to unscientific agriculture practices. Farmers believe they can replenish the lost fertility by using more synthetic fertilizers each year, which ultimately make the soil barn and unfit to grow any crops.

Beating all odds, using organic fertilizers (cow dunk, compost made of dried leaves, sticks and house waste) can replenish the soil without harming or polluting the ecology of an agriculture land. It is believed to offer more sustainable resources to the soil and helps improve lost soil strength.

Manure from livestock like cattle, sheep, pigs and chickens are also leading contributors of air pollution and water contamination. Large number of animals concentrated in small area generates unpleasant waste -. This waste is put away frequently in tidal ponds, defiling groundwater with anti-microbials, supplements, and other destructive mixtures. 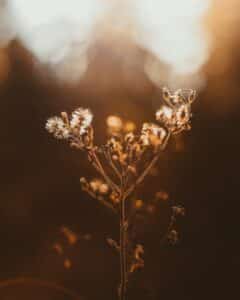 Nuisances and weeds – The acquaintance of non-local harvests with new geologies through horticultural creation frameworks frequently brings on some issues for neighborhood biological systems. Without even a trace of normal hunters, recently presented species, for example, plants and bugs frequently become intrusive, prompting more prominent rivalry for significant food and light assets among local species. Local species may likewise be more powerless against presented bugs and infections, as they have not advanced safeguards against these non-local organic entities.

So choose belter, go for organic, help raise the demand, and soon the prices will come down for them. Do visit www.nicheagriculture.com to know more about organic farming and how to make sustainable development.