India is experiencing an emerging challenge of water scarcity. The situation is significantly worse than any that previous generations have a face. Water bodies in India are close to population centres and grossly polluted with hazardous industrial waste.

Such water is not suited for agriculture as polluted water from local river streams harms the crop. Interstate disputes over river water are also very common in India and are becoming intensively prevalent. None of the Indian states can provide 24*7 basic clean water which can be consumed directly from the tap.

India is a growing economy. With the rise in economic activities, the demand for resources like water consumption is on the rise. Emerging demand for freshwater has strained the supply of clean water and directly affected the farmer’s crop harvesting.

It is also estimated that an increasing trend in water demand for agriculture, industrial and domestic uses in the coming decades would include India in the list of water-stressed nations by 2022. To combat the emerging water scarcity in India government has to take some immediate steps.

FICCI Water Mission survey was a step forward in understanding the importance Indian companies attach to water, its preservation, and administration.  A survey by FICCI also helped the officials to understand the patterns in which the industries use water and the risks associated with the contaminated water. 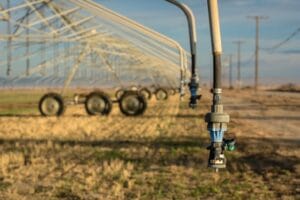 The research also focused on the availability of fresh water in India, its subsequent impact on businesses and the environment. A survey by FICCI highlighted the risks associated with contaminated water and major steps that must be administered to counter the risk of water scarcity.

Although the inadequate availability of water across India is the major risk for industrial growth, others agree that the poor water quality is also equally hampering the smooth functioning of businesses. Various industrial sectors like power, pharmaceuticals, food processing, and agriculture feel the major brunt of poor water quality.

High costs for procuring water are obstructing the settlement of trivial industries especially located in the drier regions. Irrigation can be done in different forms. About 4% of uses drip irrigation. Around 12% of farmers use pivot irrigation which is also an efficient form of irrigating. The remaining rely on flood irrigation which is the least effective irrigation technique.

Drip irrigation is an effective solution for the agriculture industry. It is an ultimate elucidation for small-scale farmers due to its cost-efficient properties and simplified setup process. Drip irrigation helps farmers in improving their productivity by 50% while using only 10% of the water that farmers traditionally use for irrigation. 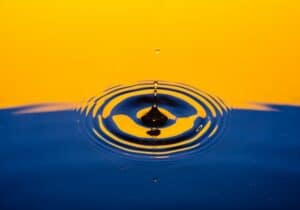 Predominantly, drip irrigation is developed by Israel where freshwater for consumption is limited. In layman’s terms, drip irrigation is a process that enables farmers to irrigate their fields with a controlled flow of water and pass it through tubes placed at the base of the plant. The tube consist of small pores that irrigates the crop, drop by drop.

Drip irrigation includes the ability to manage the precise location, pressure, timing, and quantity of water flow, drip technology increases efficiency. Although drip irrigation is exclusively useful for trees and shrubs that do not require plowing soil, still it can be used everywhere.

Drip irrigation is a highly beneficial technique that helps in conserving water and electricity. But it also offers healthy crop, design flexibility, and better crop uniformity. Additionally, it also reduces the water leaking into the soil, over flooding of water, and reduced weed germination. Ultimately drip irrigation also allows farmers to cut down on cost and utilities and save additional labor.

If properly implemented, drip irrigation in India can substantially boost the overall harvest and help farmers in securing higher profits. But unfortunately, farmers in India are not highly aware of the benefits of drip irrigation and consider it a costly investment. Hopefully, in the coming years, we will see a rise in drip irrigation as people become more aware of how drip technology is useful and helps in conserving water.